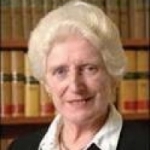 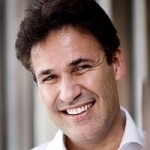 Richard Susskind welcomes Baroness Elizabeth Butler-Sloss for a discussion on a wide variety of topics.

Baroness Butler-Sloss was the first female Lord Justice of Appeal and, until 2004, was the highest-ranking female judge in the United Kingdom. She chaired the inquests into the deaths of Diana, Princess of Wales, and Dodi Fayed.

Professor Susskind and Baroness Butler-Sloss discuss her work within family law, which touches on everything from divorce to competency hearing in medical cases.

Elizabeth Butler-Sloss, Baroness Butler-Sloss GBE, PC, is a retired English judge. She was the first female Lord Justice of Appeal and, until 2004, was the highest-ranking female judge in...

As Gresham Professor of Law from 2000-2004, he conducted public interviews with leading judges and lawyers, the transcripts of which are now published as The...

Burma and North Korea - Avoid the Law unless Convenient

Your Body Parts and the Law

Judges or Legislators: Who should rule?

Ethics In and Out of the Court Room