Does a high-tech building have to look like a carbuncle? 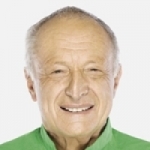 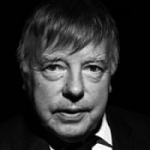 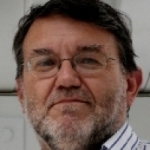 In 1984, Prince Charles described Richard Rogers' proposed extension to London's National Gallery as a "monstrous carbuncle on the face of a much-loved and elegant friend". The term has since been used by many critics to condemn the perceived "ugliness" of modern architecture. How can we, and should we, reconcile architectural aesthetics with the demands placed on buildings by rapid technological change?

The talks in this conference include:

"What is a hi-tech building and what should it look like?" by Dr Francis Duffy

In recent years, the fabric of the City of London has been transformed beyond recognition by the diffusion of information technology into every corner of our working lives. Buildings are, in many ways, just like computers: a mixture of hardware (steel, iron) and software (the ways in which they are managed and manipulated to meet emerging needs). Dr Duffy argues for a rejection of outdated yet tyrannical models of building, in favour of an architecture that places emphasis on the consumer or building-user.

"Defending the carbuncle" by Richard Rogers

Richard Rogers dispels the myth that carbuncles are a distinctly "modern" issue. Through a broad survey of architectural history, he argues that carbuncles have always existed, and that one man's carbuncle is another man's revolutionary statement. Only when we lose the confidence to represent our own times do we fall back on models from the past, thereby absolving ourselves of responsibility as well as creativity.

A conference in conjunction with The Foundation for Science and Technology.

Richard Rogers is an architect whose most notable buildings include the Pompidou Centre in Paris, the Lloyd's building and the Millennium Dome. He is a winner...

Dr Duffy is an architect and a founder of DEGW, an international architectural and design practice. He was President of the RIBA from 1993 to...

Martin Manning joined the Consulting Engineering firm of Ove Arup & Partners in that year and was made a Director in 1985. He became a...

Mergers and Acquisitions: Do They Create or Destroy Value?

The Dreams and Nightmares of Christian Liberalism

The life and legacy of Dr Edward Jenner FRS, pioneer of vaccination