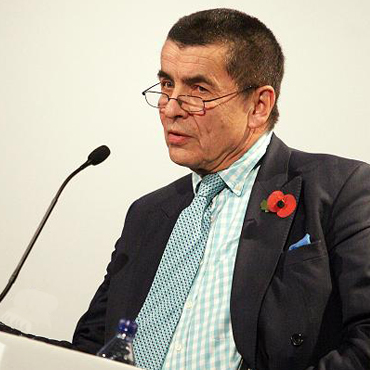 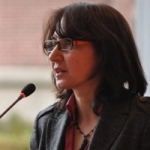 Many innocent Iranians suffered terrible atrocities and death in the regime of the Ayatollahs in the 1980s. The UN failed to record the crimes in a formal way at any court or tribunal. Groups from around the world established an informal tribunal that prepared a report in 2013, publicly condemning the Iranian regime of grave crimes. Work of this tribunal provides a further example of how citizens dissatisfied with the performance of international institutions can deal with difficult problems in faraway places.

At this lecture there were accounts of the nature of the torturing of individuals with a contribution from an imprisoned victim explaining how it was possible to maintain sanity and to survive in circumstances where many would succumb.

The was the second in a series of six lectures. The next next free public lecture in this series will be on Law as a New Religion and Other Topics.

This is a People's Tribunal, a Tribunal conceived and established by the voices of global civil society. The authority for this Tribunal comes not from a state or intergovernmental organisation but from the peoples of the Asia - Pacific region, and indeed, the peoples of the world to whom Japan owes a duty under international law to render account. Further, this Tribunal steps into the lacuna left by states and does not purport to replace their role in the legal process. The power of the Tribunal, like so many human rights initiatives, lies in its capacity to examine the evidence, develop an accurate historical record, and apply principles of international law to the facts as found. The Tribunal calls upon the government of Japan to realise that the greatest shame lies not in this recording of the truth about these crimes, but in its failure to accept full legal and moral responsibility for them.

Sir Geoffrey Nice QC has practised as a barrister since 1971. He worked at the International Criminal Tribunal for the Former Yugoslavia – the ICTY – between 1998 and 2006 and led the prosecution of Slobodan Milošević, former President of Serbia.

Shokoufeh Sakhi is a former prisoner of conscience who suffered imprisonment for eight years under the regime of the Ayatollahs in Iran during the 1980s...

Walking the Line: Preserving liberty in times of insecurity