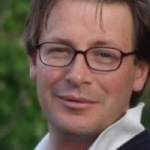 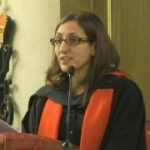 Throughout recorded history people have consistently looked to nature as a source of knowledge about God. Robert Boyle shared this view and the Lecture series he founded became synonymous with such natural theology; however most in the West now consider that such speculations are illegitimate. Dr Russell Re Manning's Boyle Lecture looks again at the history of natural theology to contest the dominant narrative of its rise and fall and to suggest some new directions for its future development.

This is the 2015 Annual Boyle Lecture. The Boyle lectures address topics which explore the relationship between Christianity and our contemporary understanding of the natural world.

Please note that, due to unforeseen circumstances, this will replace the lecture originally scheduled, on 'Exploring the Influence of Theology on Scientific Research Programmes: Natural Theology in Reverse' by Professor Robert Russell.

Russell Re Manning is a philosopher of religion with wide-ranging research and teaching interests in modern and contemporary philosophy and theology.

Louise is a Senior Lecturer in Philosophy and Ethics at Newman University, Birmingham. She is the editor of "Reviews in Science and Religion", the journal...

The Cold Rules for National Security: History and the Defence of the Realm

Animal senses: how do they perceive the world and what important things can they sense that we cannot?

AI and Education: The Reality and the Potential