Debussy - Text and Ideas: The reconstruction of Debussy's 'other' Poe opera 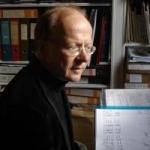 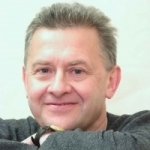 In August 1903, Debussy wrote a scenario in one act and two tableaux based on Poe’s ‘tale of mystery and imagination’, The Devil in the Belfry (1839). He planned this as a double bill with The Fall of the House of Usher (also from 1839), selling the rights to their joint premieres to the New York Met in 1908.

This joint paper discusses the problems involved in producing a fast-moving, clear and dramatically viable professional libretto from what is, in effect, a discarded text, as well as those involved in setting this to music from the sketches Debussy left (but which included a complete Prelude to the first tableau from a ‘spot the composer’ competition in the journal Musica from January 1905).

The lecture is illustrated with extracts from the concert premiere on 28 January 2012 in Montreal with the Orchestre 21 conducted by Paolo Bellomio.

Robert Orledge became Professor of Music at Liverpool University in 1991, specialising as a historical musicologist in the way composers composed, and publishing numerous books and articles...

Stephen Wyatt gained his Ph.D. at Cambridge for his dissertation, The Victorian Extravaganza: 1830-1885. He spent a brief time as Lecturer in Drama at Glasgow University but...

From the Lips of Bells: The Humanisation of Bells

The Songs of Summer

Debussy - Text and Ideas: An Introduction to Part One