Globalisation and Children's Diets: The Case of the Maya of Mexico and Central America 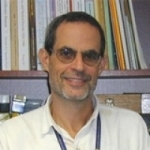 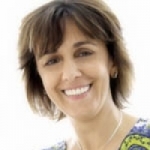 Globalisation has resulted in powerful multinational corporations imposing their products as we are urged to consume industrially grown, processed and packaged foods. This brings about nutritional transitions, the most common being a shift from a locally-grown diet with minimally refined foods, to the modern diet of highly processed foods, high in saturated fat, animal products and sugar, and low in fibre. Maya health and culture has deteriorated as a result with highly processed foods affecting physical growth and health of Maya children and their families.

Professor Barry Bogin is a physical anthropologist who trained at Temple University in Philadelphia, Pennsylvania.

During his time there, Professor Bogin researched physical growth in...

Dr Ines Varela-Silva is a human biologist in the Centre for Global Health and Human Development at Loughborough University. She has a keen interest in...

The Environmental Challenges of MegaCities

Leadership at a Time of Transition and Turbulence: A conversation with General Sir Richard Dannatt