The Story of your Blood 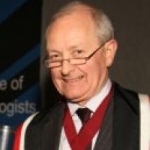 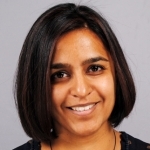 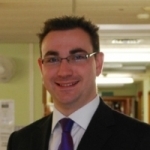 Blood has long been used as an aid to diagnosis but now more than ever it can be key to establishing the cause of disease. From glass bottles to complex plastic systems, the storage of blood has evolved and so too have the processes used to analyse the small blood sample given at your GP’s surgery.

This lecture relates to series from the Royal College of Pathologists: A History of Pathology in 50 Objects.

The Story Of Your Blood

I am Deepti Radia and am a haematology consultant at Guys and St Thomas’ Hospital. I want to thank you for providing me this wonderful opportunity to share the podium with Drs Prentice and Newman presenting part 2 of 3 on the story of your blood.

This lecture is one of a series of lectures based on The History of Pathology in 50 Objects – which is part of the celebration of 50 years of the College.

I would like to spend the next 10-15 minutes taking about 3 objects over time that have made an invaluable contribution to put Pathology and diagnosis of disease on the map. As a haematologist – I hope you will forgive my bias but I do need to state that the same objects and their applications are relevant to other pathology specialities – histopathology, chemical pathology, microbiology and infectious diseases as well as immunology.

I would like to talk about the microscope, the coulter counter and the glass slide.

The history of who should take credit for inventing the optical light microscope is disputed – like many inventions with many parts, no doubt many people contributed in the final product.

1674 - Anton van Leeuwenhoek used his knowledge of grinding lenses to achieve greater magnification which he utilised to make a microscope, enabling detailed observations to be made of bacteria.

1860s - Ernst Abbe discovers the Abbe sine condition (a condition that must be fulfilled by a lens or other optical system in order for it to produce sharp images), a breakthrough in microscope design, which was until then largely based on trial and error.

Many people , many changes in science and medicine all with a view to understand pathology and disease processes at cellular level.

Today’s binocular light microscopes would be completely unrecognisable to our ancestors. These are just a few examples of microscopes routinely used in pathology labs in the UK - with digital camera facilities, direct access to PCs, work stations and mobile monitors for easy viewing.

This is the very neat workstation of one of my colleagues in histopathology on the left and the multi-headed microscope is one we use for teaching/multidisciplinary case reviews and discussion. Sometimes you need more than 1 pair of eyes…

The virtual scanner is now a reality and the technological advances have made it possible to scan a blood film or in the case a skin biopsy into a virtual scanner and the specimen can be viewed on a PC monitor as you would see it under a microscope. You can store the slides in a web based host site and access could be anywhere in the world. Once scanned these slides can be permanently hosted/stored. The practice of virtual scanning and reporting is in place in clinical practice in the UK – the NEQAS scheme – our quality assurance scheme for blood films uses this system. It means no glass slides and accessibility anywhere, anytime. It allows for mobility of work flow, workforce and is a tremendous resource for education/learning and multi disciplinary meetings to discuss complex cases.

Here is a brief visualisation of a virtual blood film.

So the light microscope has been pivotal in providing us insight at cellular level. What about your blood and what we see/do as haematologists? As you can see – taking blood samples has not dramatically changed – we still use the same veins to bleed patients – the ivory syringe and glass bottle with it’s individual wooden box no longer exits but we now have vacutainers and a host of blood bottles which different media for the range of blood tests possible in the hospital repertoire for diagnosing illnesses.

For all pathologists the glass slide is a mainstay – our samples – be they tissue – such as skin, gut biopsies or in my case blood films or bone marrow aspirates are spread or placed and then viewed under the microscope.

The full blood count is the most common test carried out and a tiny drop of blood is used to make a blood film/blood smear as shown. The film is then stained or fixed with special stains (solutions of Romanowsky dyes) which will bring out the specific features in the cells in the blood. This was done manually and we now have automated machines.

These can then be examined by direct microscopy and the morphology of these cells in combination with the clinical symptoms/history will help make a diagnosis. Joel will discuss this in more detail next.

Needless to say – blood is an active ‘organ’ in it’s own right and if the eyes are the windows to the soul –I think that the blood is the window to your well being.

The FBC is the most commonly requested blood test and the differential – or components of the test can tell us if you are anaemic for instance – very common complaint but we need to look further to find the underlying causes – so will look at the blood film, other tests in conjunction with the clinical picture.

The purple topped tube is usually the FBC tube and when spun down – the components are divided as shown above – plasma, white cells, red cells and platelets.

The white cells are further divided into 5 categories.

These cells have been indentified morphologically by their shape/size, shape of their nuclei and classified. These cells change with illness.

Wallace H. Coulter (February 17, 1913 – August 7, 1998) was an American electrical engineer, inventor and businessman. The best known of his 85 patents is the Coulter principle, which provides a method for counting and sizing microscopic particles suspended in fluid. His invention of the Coulter Counter made possible today’s most common medical diagnostic test: the complete blood count (CBC). The Coulter principle is used in quality control of consumer products, such as chocolate and beer, paint and toners, and was even used to analyze moon dust.

Recognized as one of the most influential inventors of the twentieth century, Wallace Coulter studied electronics as a student at Georgia Tech in the early 1930s. Mr. Coulter developed the "Coulter Principle", a theory that gave birth to both the automated haematology industry and the field of industrial fine particle counting. His "Coulter Counter," a blood cell analyzer, is used to perform one of medicine's most often-requested and informative diagnostic tests, the complete blood count or the more familiar UK Full Blood count (FBC).

So the three objects I have discussed are those I consider have been instrumental in the development of Pathology as a Science and discipline. The advances in diagnostics move on leaps and bounds with IT and the world is becoming a smaller place in a good way. Now if I need to discuss a rare, unusual case with a colleague elsewhere either in the UK or worldwide – we can use a virtual scanner , have a video linked meeting and face-to-face discussion to help our patients.

Behind every illness/patient and blood sample there is a pathologist helping make the diagnosis. Ensuring we are making progress and pushing boundaries to understand disease processes to make a difference – an ethos that has been the link across the centuries.

Thank you for your time.

Our first hypothetical patient is James, and he was referred by his GP to the Medical Assessment Unit with tiredness and shortness of breath.

This is a blood film (smear) made from James’ blood sample. It shows numerous white blood cells (those that are coloured light blue and purple), including immature cells that should not normally be found in the blood. This is consistent with chronic myeloid leukaemia (CML).

Chromosomes are packages containing all the cell’s DNA. It is densely packaged around scaffolding proteins.

Most humans have 23 pairs of chromosomes: 22 pairs of ‘autosomes’ and 1 pair of sex chromosomes – either XX (female) or XY (male)

In chronic myeloid leukaemia, the chromosomes in the abnormal cells demonstrate a swapping of information between chromosomes 9 and 22 – termed the Philadelphia chromosome after the city in which it was discovered.

Glivec (imatinib) was the first drug developed that directly targets the abnormality in CML, and has revolutionised its treatment.

Our second hypothetical patient, Olive, was reviewed at her GP surgery as part of her annual medication review. She was feeling generally well, but her blood results were abnormal. After being referred to the outpatients department, extra blood tests were requested to further investigate the cause of Olive’s raised white cell count. This is a blood film (smear) from Olive’s blood sample showing the high number of white cells, but this time most of them are small or medium sized round cells, typical of lymphocytes, along with smear/smudge cells. This is typical of chronic lymphocytic leukaemia (CLL).

These are results of a flow cytometry investigation where fluorescent tags are attached to different cell surface markers and passed through a laser beam to count the number of cells expressing the markers in question. The abnormal population here is expressing the signature markers compatible with a diagnosis of Chronic Lymphocytic Leukaemia (CLL). Olive came to the Outpatients Department, and her diagnosis of Chronic Lymphocytic Leukaemia was already available.

The next patient seen in the Department was Eleanor, our next hypothetical patient, who had recently been diagnosed with a deep vein thrombosis (DVT). The right leg here is clearly larger and redder than the left, consistent with DVT.

Dr Archie Prentice has been President of the Royal College of Pathologists since November 2011. He is also a consultant haematologist at the Royal Free...

Dr Deepti Radia is a consultant haematologist at Guy's and St Thomas' Hospital.

Dr Radia is the lead clinician for the chronic myeloid leuakaemia and systemic mastocytosis...

Dr Joel Newman is a Specialist Registrar in Haematology at the East Sussex Healthcare NHS Trust.

He is Editor of the Haem Trainee magazine. He...

The Work of the Defence Medical Rehabilitation Centre, Headley Court

Towards Freedom from Hunger

Antibiotic Resistance: Calling on Citizens to Help Tackle the Problem